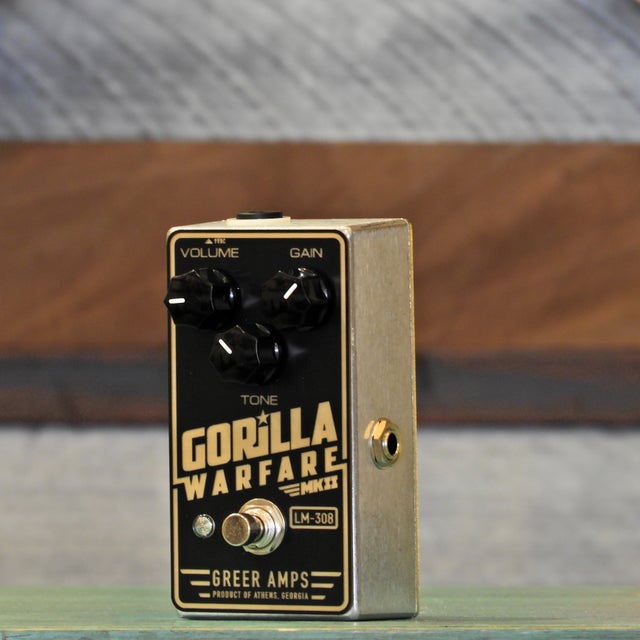 The Gorilla Warfare MKII is a pedal that Greer has had a ton of requests for over the years. Nick has been asked more times than he can count to do a “Greer Amps version of the RAT circuit…and do it right”…well…here it is. This is Greer's angry, aggressive, larger-than-life and not-holding-back version of the old familiar circuit, complete with the good old LM308 chip.

This beast is powered by the same vintage chip that sparked folklore galore back in the day. Greer updated a few things, including the quality of the components used in the circuit, and you know that old Filter knob? Well, they turned it into a Tone control. It covers the exact same territory the original Filter control did, but…when you turn it up, you get more treble! AMAZING, I know! This beast is ready to melt rigs, rip faces off, and go to war. If you’re ready to try to tame this beast, step on up. If you’re ready to rock out, spit fire, and roast your ear holes, the Gorilla Warfare MKII is just what you need.

The Gorilla Warfare MKII is powered by 9 volt center tip negative 2.1mm standard power supply cable, built in an aluminum enclosure that’ll outlast most of humanity, with an old school true-bypass switch that feels good to step on, and a faceplate that’s gold and black but in some lights looks desert tan and black.